You know those "pickaxe skeleton" statue things in Marathon 2? The ones that also appear in the Electric Sheep levels? I think I now have an idea of what they're meant to be. 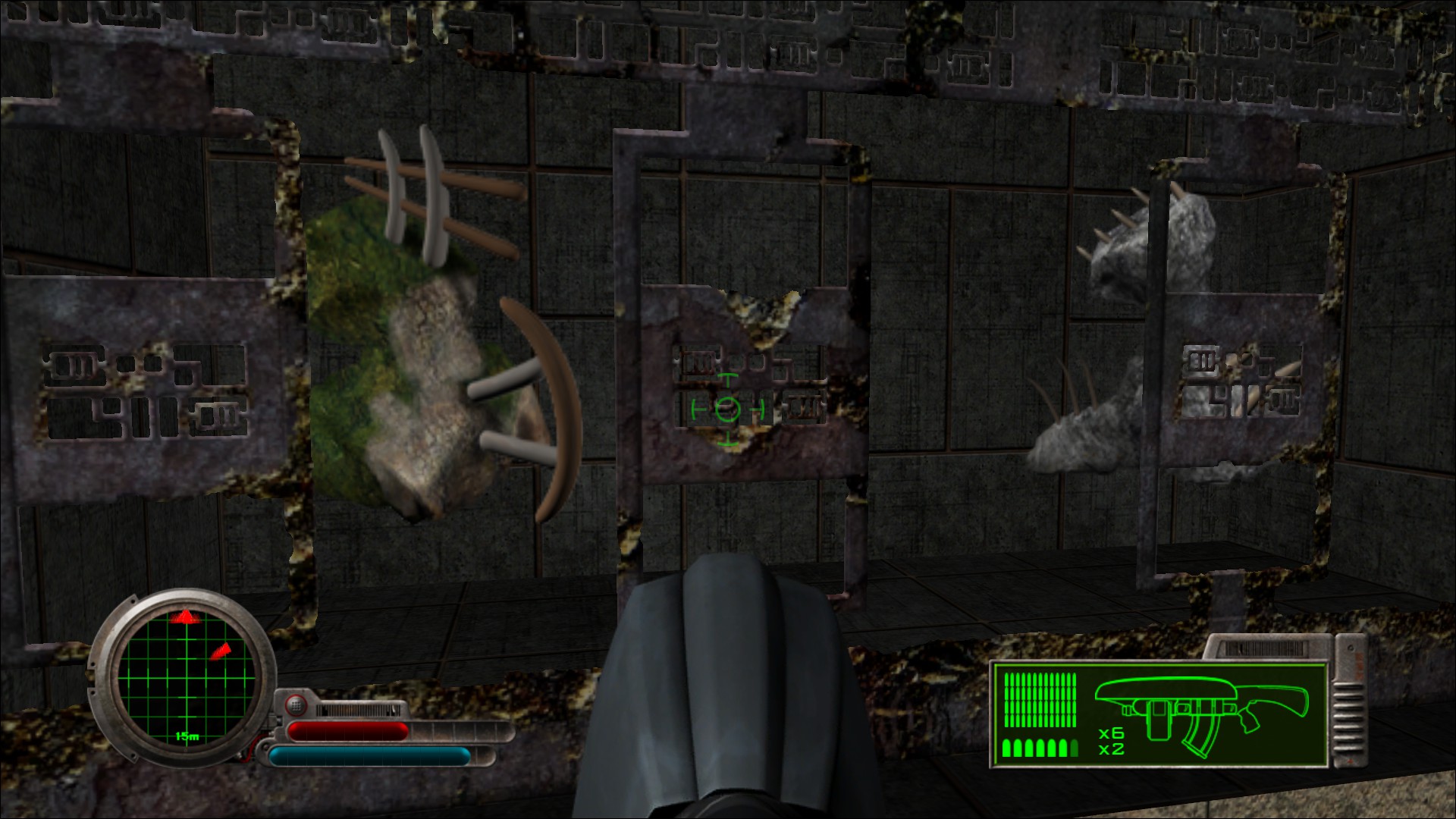 In 6000 Feet Under, there is a S'pht terminal that talks about a virus believed to have been the pfhor cordyceps that evolved into the idea for the Flood in Halo. Notice that the left "statue" not only has what appear to be ribs or other bones of some kind, but it sort of resembles putrid, grey flesh with a green growth on the left?

I may be wrong about this but I wonder if those are not supposed to be statues, but samples of butchered pfhor flesh that the S'pht were testing the S'ct'lac'tr virus on, and when the zombie pfhor were dropped, Bungie kept the virus test sample assets in the game for decoration. (and so they wouldn't go to waste)